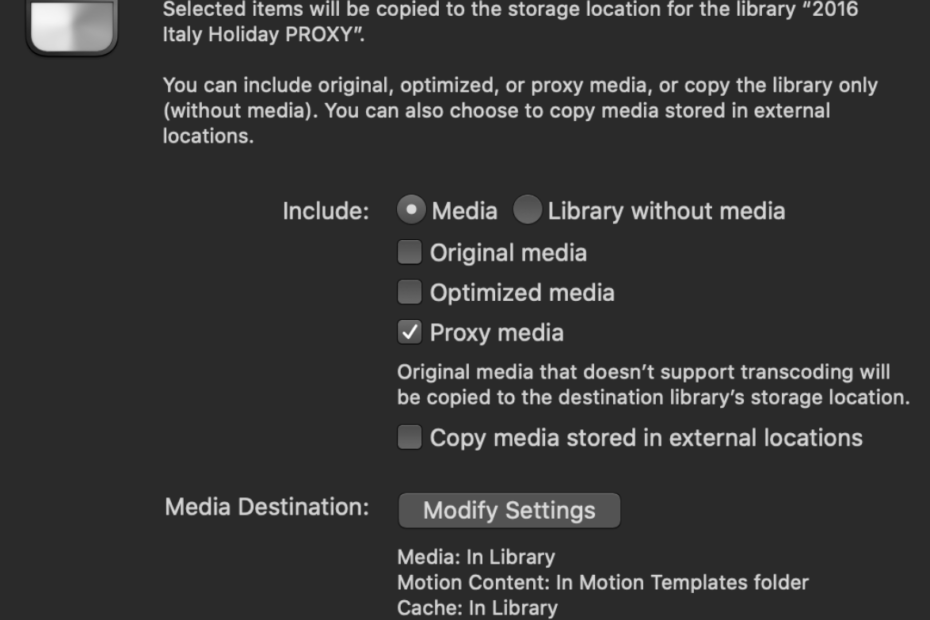 Between the very first edition (for FCP X 10.4.10) and the second (for FCP 10.5) the major change was to remove the “X” from the name of the app throughout the book. Several screenshots were also updated for the latest user interface revisions, but the updates were minor. The only significant workflow change was in the way that a Library can be shared, and it’s noted below.

However, if you bought the very first edition and want to stay entirely up to date, here are the other major (non-cosmetic) changes between the two editions:

Preface, xxiii, paragraph 3 (underneath the Packt logo):
The screenshots in this book are consistent with the public version of Final Cut Pro 10.5 as of November 2020, using macOS 10.15 Catalina. If you’re using a later version of macOS (for example, macOS 11 Big Sur or later), you may notice some minor differences in the appearance of the user interface. We intend to update this book for future releases of Final Cut Pro and macOS, but if you’re using newer software than is covered here, you may see some differences.

P24, the final paragraph has changed due to the release of the newer Macs powered by the M1 chip:
An important factor for video editing is the graphics power on offer, and while only larger laptop and higher-end desktops currently offer high-powered graphics, the transition to Apple silicon may change this.

P374, paragraph 1:
HDR standards include many ways to represent an increased brightness range, and two are supported here. PQ (Perceptual Quantizer) and HLG (Hybrid Log Gamma) are available, and while PQ is more widely used right now, Dolby Vision on modern iPhones is a flavor of HLG. Either way, if you decide to use Wide Gamut HDR, you’ll find that brightness is no longer capped at 100 IRE but can go much higher, depending on the standard you choose to work with. The color correction tools covered here will work slightly differently too.

P374, an additional paragraph for this section:
It’s also worth noting that the iPhone 12 can record in Dolby Vision. If you want to work with this footage in a standard Rec. 709 timeline, you’ll have to add an instance of the HDR Tools video effect and choose its HLG to Rec. 709 SDR mode.

P602, I have removed a recommendation for the iZotope RX Elements plug-in pack and its Voice Denoise, as it doesn’t work fully in the latest macOS Big Sur yet. The developer can’t yet promise FCP compatibility, even though this plug-in did work under previous versions.

P714, 2nd paragraph under bullets:
How do you share a Library, with or without the media? The 10.4.9 release added a new feature that lets you create a new Library containing some or all of the contents of an existing Library, and 10.5 improved on this, allowing on-the-fly transcoding. Even better, since proxy files can now be really small (H.264 at 12.5% of original size), it’s also possible to send a self-contained Library including only proxy media, rather than a totally lean Library. Either way, it’s easy:

P715, the interface shown here has changed slightly, and you’ll now need to press Modify Settings to change the media destination in FCP 10.5. As mentioned on the previous page, if the media type you choose to include does not exist, it will now be created on the fly:

P727, paragraph 3:
Apple recently announced that its entire range of Macs will transition from Intel chips to Apple-made chips over the next 2 years, and some low-end Macs made the move in late 2020. Final Cut Pro 10.5 is the first release to support the new chips natively, and is a flagship app to show off the potential of the new systems. It’s a fascinating time to be an editor on a Mac, and a lot could change eventually.

P731, on Conferences:
For the last few years, I’ve been a regular speaker at the excellent FCP X Creative Summit, held in Cupertino, California, organized by FMC and usually hosted by Jeff Greenberg, famous for his “inside voice.” It’s the best chance to hear what the world’s best Final Cut editors have to say, meet up with the community, and talk directly to the development team at Apple. In 2020 it went virtual — see you there?